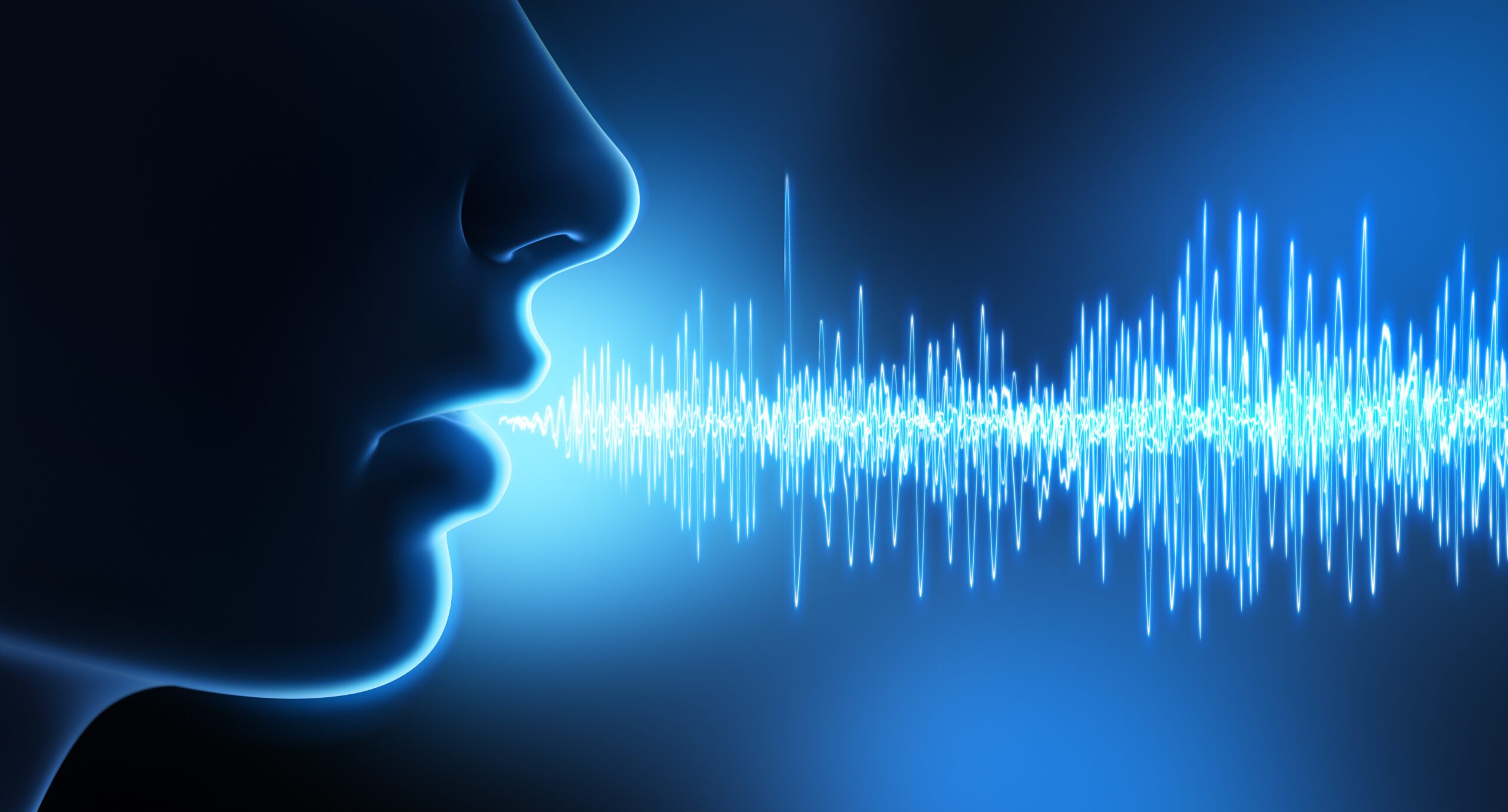 The first audio logo we ever learned was the alphabet song.

Our ability to recall messages associated with music started at a very young age. Scientifically, it was proven to be more effective than spoken words. So effective, that adults still easily recall the alphabet song to try to remember the letters in order. As a brand, this should be your goal – to surpass your own level of recognition.

Do you want your audience to be so familiar with your brand that it only takes a hum for them to name it? Then it’s time to invest in your very own audio logo.

An audio logo is more than just a catchy jingle. Audio logos trick our brains into linking a sound to a brand.

“Put simply, the audio strategy today is no longer to hook consumers with a catchy tune and then try to dig a tunnel deep into their minds to make them remember your brand. Instead, the marketing efforts center on building a holistic and coherent soundscape. The goal is to make your audience connect emotionally to your brand’s audio identity exactly in the way you want them to.” – Sonic Minds

The goal of an audio logo is not to create a temporary tune for your next ad campaign, but to develop a sound that becomes the core audio DNA of your brand. The sound that customers will associate with your brand for a long time. Here are examples of audio logos that took brand identity to the next level: 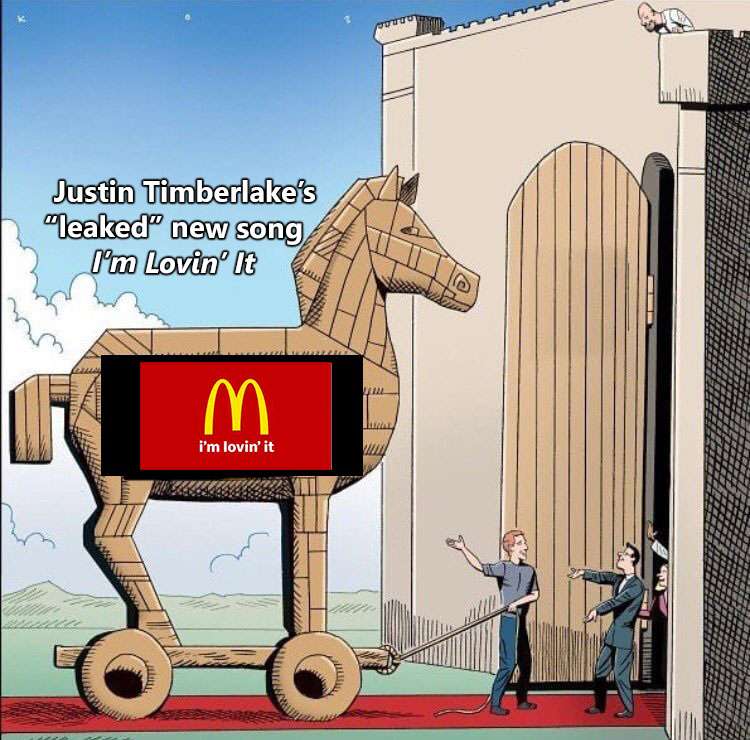 McDonalds holds one of the most successful audio logos to date – and we’re lovin’ it.

The brand didn’t need to ba-da-ba-ba-buy their way into fame with this jingle. All it took was being at the right place at the right time. Ok, and a huge budget.

When the chain’s stock plummeted in the early 2000s, McDonald’s needed a million-dollar idea to put them back on the market. So, they challenged 14 ad agencies to pitch the jingle that would put them on the map, literally. Soon after, a German ad agency, Heye & Partner, pitched the slogan “Ich Liebe Es” which roughly translates to “I’m Loving It.”

The founders of the Mona David music production company, Tom Batoy and Franco Tortora, spent hours upon hours finding the perfect tune to go with the slogan. Until one white wine-fueled night, five notes were born: “ba-da-ba-BA-BAAA.”

“It wasn’t big science. It was basically more that you hear and you develop something, and then emotionally get grabbed.” – Tom Batoy

After every agency was on board, McDonald’s decided to deliver this audio logo Trojan-horse style. With the help of veteran record executive Steve Stoute, the new “leaked” Justin Timberlake pop single “I’m Lovin’ It” was released to the public in 2003 without any mention of McDonald’s. The purpose was to create a “positive association” with the song before the jingle was revealed.

Once the earworm made a home into the brains of every listener, McDonald’s launched their “I’m Lovin’ It” ad campaign later that year, and Justin Timberlake was the face of it. The campaign was originally scheduled to run for just two years, but thanks to its strategic release, the audio logo lives on to this day.

Through repetition and the right emotional connection, audio logos can be very effective.

In the “age of click-and-play,” Netflix’s VP of Product Todd Yellin knew their audio logo needed to be short. The goal was to place it at the beginning of every Netflix show, so he didn’t want it to be intrusive to the viewer’s streaming experience. However, he wanted to evoke a sense of excitement. Something that had a buildup and a release.

He sought to commission a sound that “makes you think of ‘Wow, I’m going to get a treat, I’m about to get an amazing story, that’s relevant to me, that’s — most importantly — cinematic in my home.”

To create this experience, Yellin worked with Oscar-winning sound editor Lon Bender to compile the sound of his dreams. They tried everything from music boxes to unusual instruments to the sound of a goat bleating.

Ultimately, the two-beat sound came from Bender knocking on the side of his bedroom cabinet with his wedding ring. Along with a deeper anvil sound and a musical “blossom,” which was a 30-second electric guitar recording from the 90s that was reversed. They wanted the instrument to sound as unrecognizable as possible, making it unique to the brand.

As a result, the ta-dum sound became deeply rooted into Netflix’s brand identity, with viewers praising and even imitating the unique sound. Some think the sound came from the platform’s first original series, House of Cards, when Frank Underwood knocks on the table. Nevertheless, we can certainly say that Netflix’s audio logo marched to the beat of its own drum.

According to Business Insider and other sources, Nationwide insurance has the most recognizable audio logo to date. “Nationwide is on your side” has been used for almost 60 years and is still used today.

“With longevity like that, it’s no wonder almost 93% of people know immediately who’s on their side. Nationwide has one of the best advertising slogans of all time.” – Quality Logo Products Blog

Few brands can brag that they remained loyal to their messaging for as long as Nationwide have. Today, their lead creative agency, Oglivy & Mather Worldwide, is presented with a unique challenge—Can their messaging stay relevant even if its tagline is older than many of its customers?

According to Nationwide’s chief marketing officer, Terrance Williams, the company assesses the impact of the motto annually. They feel that it still connects with customers.

“We try to ensure that we’re resonating, creating content that’s relevant, that cuts through, but maintains the truism of who we are as an organization. ‘On your side,’ in our view, is really the best way we can convey why we are unique.”

Finding a balance between sticking to tradition and trying out something new is not always easy. But with the help of stars like Peyton Manning, Brad Paisley, and Tori Kelly, Nationwide found the best of both worlds. The “Songs for All Your Sides” campaign allowed them to reach newer audiences while staying true to the slogan. In fact, the artists have been able to expand on Nationwide’s benefits in a creative and personal way.

“As a songwriter, the whole premise of there being more to the Nationwide jingle beyond those seven catchy notes is exciting,” Paisley said. “It intrigued me right away.”

Debuted in 1962, the famous Oscar Meyer audio logo was written in about an hour.

“That’s right, a song that made Oscar Mayer millions, while being known by billions, was penned late one night in a burst of songwriting inspiration.” – Digital Music News

A successful jingle writer from a small town in Illinois, Richard Trentlage found out about Oscar Mayer’s jingle contest just the night before. Trentlage’s son told him that he wished he were “a dirt bike hot dog.” This meant a “cool kid” back in the early 60s.

Trentlage thought, if his son wanted to be cool, why not make Oscar Mayer hot dogs cool in the same way? Thus, “Oh, I wish I were an Oscar Mayer Wiener” was born.

After submitting a lo-fi recording of his two kids singing the song (both with colds), it took the company over a year to pick a winner. Based off of spectacular focus group results, Trentlage’s audio logo was chosen. As a result, it reached 21 English-speaking countries and ran until 2010. One of the longest-running audio logos in history. Although Trentlage passed away in 2016, his legacy lives on. Not by his name, but by the audio logo that everyone now knows by heart. All it took was a creative spark and a sound that provoked an emotional response to all who heard it.

The audio logos we’ve shown are just a few out of the many brands who found success in them. Whether you’re starting out or trying to stay relevant in the industry, audio logos are great way to make your brand remembered.

Need help developing your audio advertising strategy? Want to take your brand awareness to the next level? Access to Media is here to help. Contact us today to see how our team can help you get started.

With inflation being the top concern this holiday season, businesses should approach their marketing with…

YouTube now has a podcasts page. That’s right. You heard us! Now you can see…

6 Political Advertising Tools to Increase your Votes by 50%

At Access to Media, we know the difference between a political advertising campaign and a…