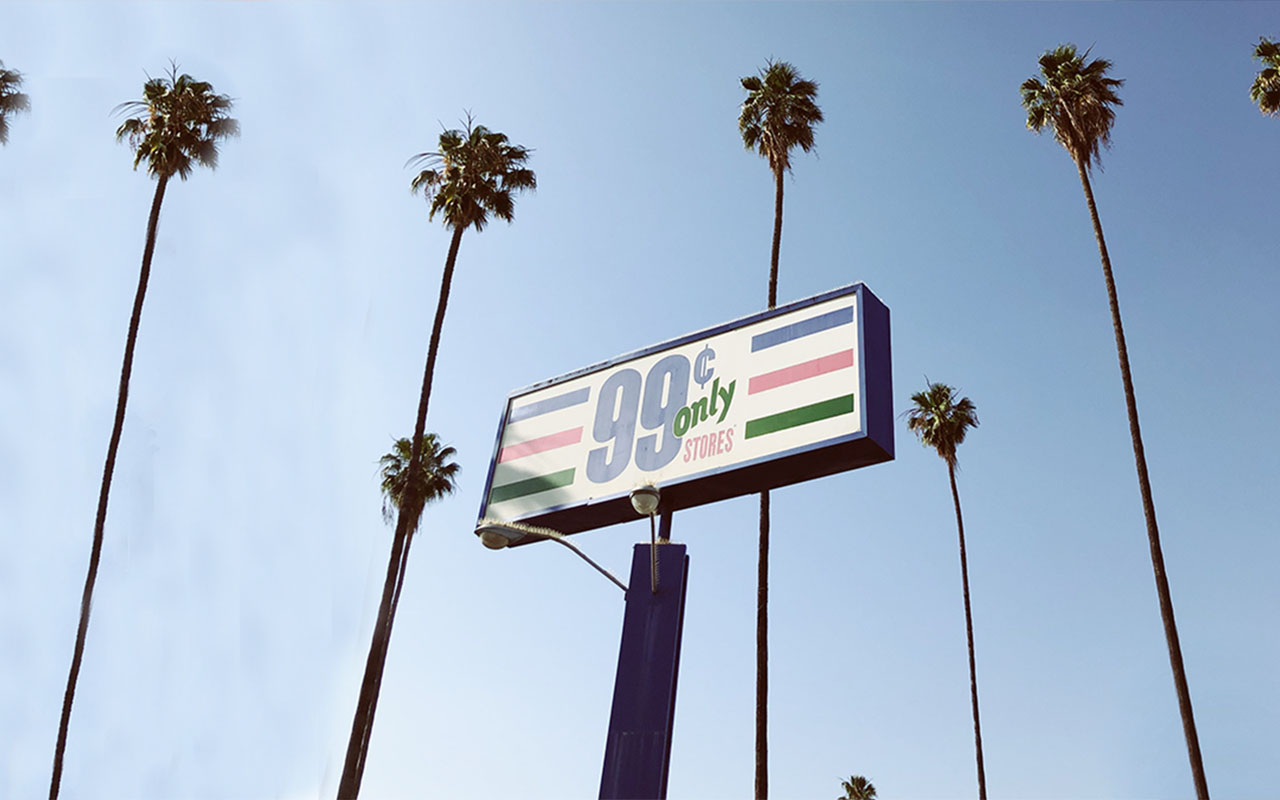 Summer is the time to advertise. Why? The level of exposure is off the charts!

The hours of radio listens during a road trip. The billboards you pass by. Thousands of Google searches to find beach clothes that fit. Banner ads flying in the sky!

From wedding season, to grilling season, to out of office emails left and right. If a summer ad campaign isn’t on your marketing bucket list, you better sit tight. We’re about to show you seven summer ads that will change your mind.

Summer is the time to flex those creative muscles and show your audience what you’re made of. Calgary Farmers’ Market did just that.

Giving farm fresh fruit a summer makeover is a clever way to get anyone’s attention. “Humor often stands out from other marketing and advertising attempts because it’s naturally colorful and original.” – Forbes

After someone reacts to the ad, their next thought is where it came from and who created it. This results in them not only discovering your brand, but forming a positive association with it. Additionally, people love to spread laughter. So ads like this are most likely to be shared around.

Like Harry Styles’ hit song, this head turner is guaranteed to give you a watermelon su-it high!

Bearly Contain Your Laughter (or Hunger?) 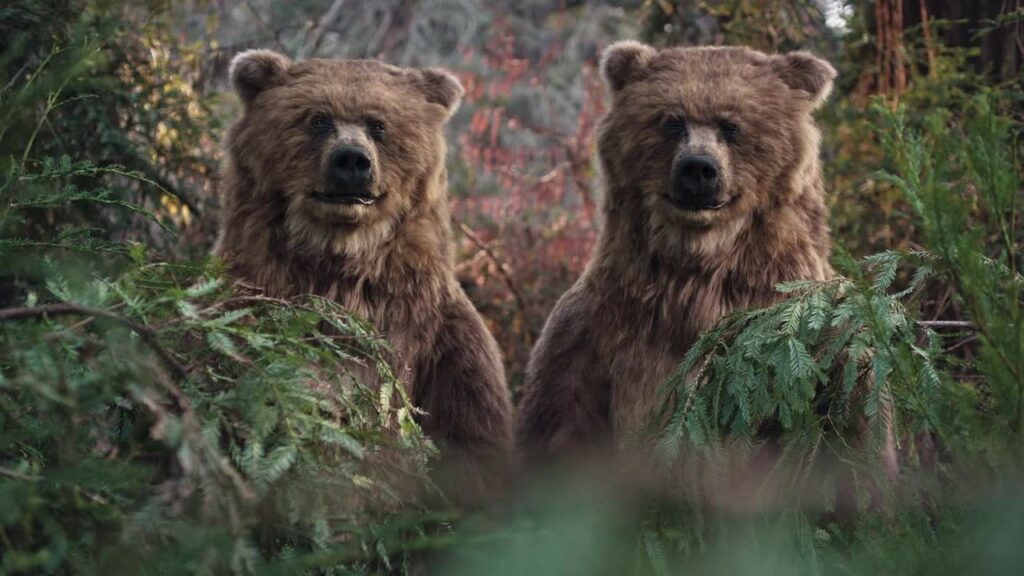 This summer, Twix came up with their own version of Old El Paso at-home taco kit’s “Why not both?” solution, but with a hilarious twist….or should we say Twix.

In 2012, the candy bar brand started their “Left Twix vs Right Twix” ad campaign. Since then, it’s sparked major debate whether or not the left and right sides of Twix have two different cookie cores. They even went to the extent of creating separate packaging for the two sides of the bar for comparison.

10 years later, Twix finally settles their debate with a summer commercial that will make you actually laugh out loud.

The 30-second ad opens with a pair of twins camping.  As they are about to eat a pair of Twix, one twin says to his brother, “You know, it doesn’t matter if you choose left or right because they’re both chewy, crunchy, and delicious.” Behind them, two bears watch the twins, repeating the same phrase to themselves. But they weren’t talking about the chocolate…

In just 30 seconds, Twix uses a summer ad to create an emotional reaction, doing what the audience least expects. HubSpot’s research found that ad recall was the strongest in ads that, again, used humor. While humor isn’t the only way to make a summer ad successful, finding a way to make it memorable really benefits your campaign.

The perfect summer ad isn’t limited to digital. While some consumers are lounging around in their air-conditioned homes, others are out and about trying to beat the heat. Your product can be their solution.

In 2011, Lipton Iced Tea created an interactive ad campaign designed to cool off the commuters of Sydney, Australia. At the push of a hard-to-resist big red button, a bus stop ad becomes a misting station.

This is a perfect opportunity for consumers to not only interact with an ad, but create a positive experience with the brand.

Interactive ads work because they invite consumers to physically engage with the ad in an immersive way. Traditional advertising now becomes a fun activity. Marketers are able to engage with their consumers directly without it feeling forced. Why? Because the consumer chose to be there.

The next time that commuter catches a bus this summer, they’re going to remember how Lipton iced tea saved the day. 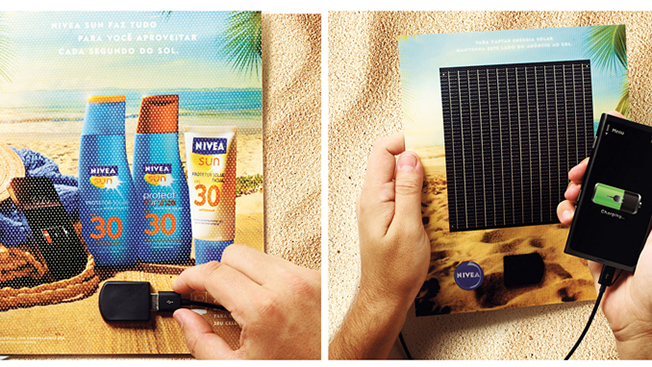 Don’t worry! The most genius summer ad can still be found in traditional advertising. In fact, Nivea had consumers eating out of the palm of their hands with their magazine ad for sunscreen.

Not only did purchasers in Brazil receive a nice beach read. The ad also utilized solar panels placed on the back of the magazine to create a charging hub for devices.

Nivea advertised the power of the sun in a way that was both powerful and useful to consumers. Seeing the sun rays having enough power to charge their phone through a magazine may help them realize the importance of the sunscreen being advertised to them.

The Journal of Retailing and Consumer Services’ shows that sunlight has a “massive effect” on a consumer’s willingness to pay. They even found that on sunny days, people were willing to pay $4.61 for a green tea versus $3.35 on an overcast day.

All it takes is beautiful weather to motivate a consumer to go out into the marketing pit. Therefore, it is essential to have a proper strategy that puts you in the best position possible this summer. 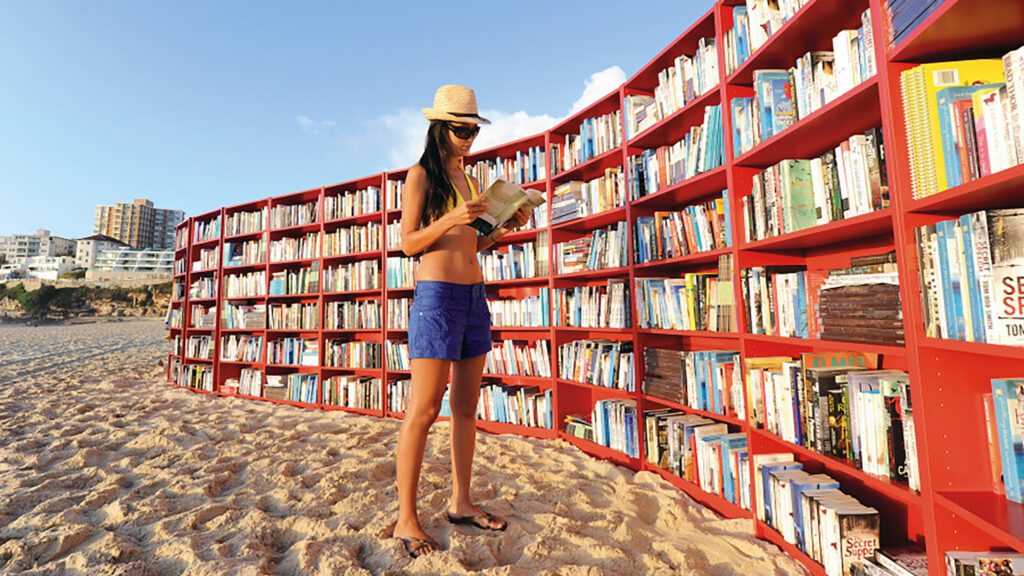 Don’t take a vacation from summer ads. Bring them on vacation with you!

Like Nivea’s magazine ad, Ikea knew exactly where to find their customers this summer—on the beach!

Ikea’s Books on the Beach campaign was used to celebrate one of their signature bookshelves, BILLY, turning 30 that year. On the famous Bondi beach in Australia, BILLY offered a wide variety of books for people to take out or exchange and make a gold coin donation. All proceeds went to the Australian Literacy and Numeracy Foundation.

This summer campaign was a huge success as many beachgoers can’t resist a good book by the ocean. As a result, BILLY bookcases became one of the most commercially successful pieces of modern furniture. In 2019, more than 110 million bookcases were sold since its establishment.

Beat the summertime sales slump by stepping outside of your marketing comfort zone, and we mean that literally. With the right budget, product, and creativity, we hope these ads inspire you to catch waves on YOUR campaign this summer.

Need help creating a not so bummer summer ad campaign? Feeling inspired by the ads you just saw? Looking for the tools to bring your hot marketing vision to life? With our talented team of creatives, Access to Media is here to help! Contact us today to get started.

6 Political Advertising Tools to Increase your Votes by 50%

At Access to Media, we know the difference between a political advertising campaign and a…

The first audio logo we ever learned was the alphabet song. Our ability to recall…

Podcast advertising provides an opportunity to reach a highly engaged and growing audience. It's time to…