In 2018, Snapchat’s stock fell to a mere $6 per share. They failed to deliver on promises to Wall Street, as well as a failed redesign, and lack of compatibility with Android devices. 20 executives left the company since its IPO in 2017. Snapchat’s failure was expected.

One key way Snapchat drew users back in was by developing ‘Spotlight’. With Spotlight, users can post videos publicly, and interact with content that is not just for their friends. After the introduction of Spotlight, activity on the app increased by 60% and revenue grew to almost $1 million per day, which is distributed to the app’s most popular creators.

Snapchat reaches 75% of all 13 to 24-years-olds in the US, which is more than Facebook and Instagram combined. Gen-Z has a significant impact on household spending, with 87% of Gen-Z saying they have an influence on what their household is buying, and 92% of those parents agree. According to Forbes, 40% of total consumers in the United States are Gen-Z, and they have a buying power of $143 billion.

Looking to tap into this valuable market? Below are just a few ways to advertise on Snapchat. 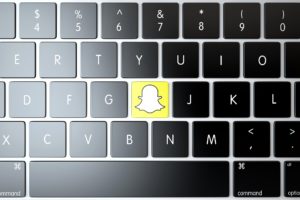 Snap Ads are an image, GIF, or video placed in-between content, or through a branded tile in the Discover section. Single Image ads can contain anywhere from 3 to 20 images. For commercials, Snapchat recommends between 3 to 6 seconds for a standard video and 7 to 180 seconds for a long play commercial. After the first 6 seconds, the ad becomes skippable. Collection ads are another option, which are four tappable tiles that encourage your customer to click and browse your products.

Lenses are filters used over selfies or other pictures which can make you look like a variety of different things. Some firms can create their own lenses, which allow your brand name to show on the screen along with the creative lens. An alternative to this is Geofilters. Based on a user’s particular location, they can place a graphic overlay over their picture. This can be as expansive as the entire US, or as localized as a city.

A new addition to Snapchat making it a more viable option for brands to advertise is Public Profiles. Having a Profile provides a variety of benefits to your customers such as public stories, AR lenses, story highlights, and a connection with Shopify in order to shop your store directly on Snapchat. Your brand can be discovered organically on Snapchat by having a Public Profile

Snapchat has made large improvements in its design and usability, enticing more users to revisit the app. Advertising on Snapchat can be key in reaching the ready-to-spend demographic of 13 to 24-year-olds and Access To Media can help! Contact us today to see how our digital team can help your company grow through Snapchat.