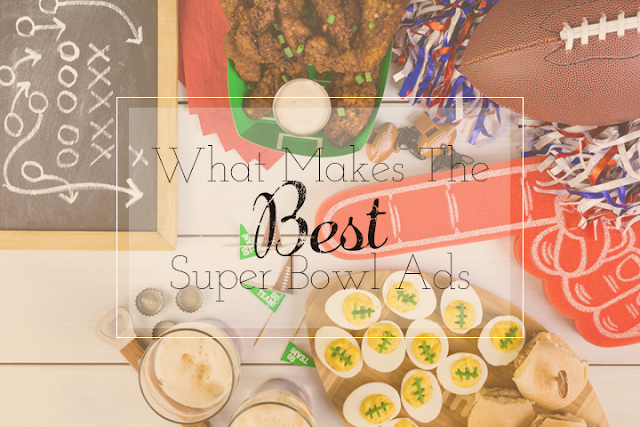 With Super Bowl 53 fast approaching we’re all wondering the same thing, “what new commercials will appear this year…”

Like many, I too will be part of the television audience made up of millions who sit down to catch all the action. To those looking to advertise on TV during this time, that large audience is one of the most important factors. Although the ad-line up will be crowded and one of the biggest during the year, unfortunately few will be memorable. Advertisers and Marketers invest greatly, not just financially but creatively as well in hopes to capture our undivided attention. While commercials are usually a good time for a break they have become a staple that more than 50% of viewers tune in to watch over the game itself.

Going in with the right approach is everything since a simple witty punchline won’t do the trick. Instead, a successful ad will be just the thing to sell more products and services. “What makes a successful ad is one that’ll evoke emotion, integrates the brand, and tells a story while doing it.”

In the grand scheme of it, entertaining commercials just won’t be enough. Telling a story, speaking and connecting to your target audience, that’s what will win over the masses. Advertisers are given just 30 to 60 seconds to create that emotional bond so how else would one create that bond but with a story. True content that’s relatable, unique to the brand, and stands up against its competitors.
Those looking to advertise during the Super Bowl will be looking at spending a minimum of $15,000 in local markets all the way up to a few million. The commercials seen during the pre and post game do come in as cheaper options but are those looked at as valuable?

Reaching Your Audience At The Right Time Is Crucial

Whether it’s right before the National Anthem, right after the halftime show, or anywhere in between timing will prove crucial. The pre and post game spots aren’t as popular as the ones during the game but it doesn’t mean you aren’t still reaching your target demographic. Staying true to the brand while still delivering that ‘Wow’ factor will conquer and in turn create the buzz that’ll help leverage your spot.
Share This
Related Posts

Marketing is ever-changing and so is the digital landscape. New digital trends are important to…

Why Contests Are Important

Contests are important and should be apart of your marketing strategy. Contests are great ways…

Influencer marketing has been gaining popularity over the last few years. But what is influencer…